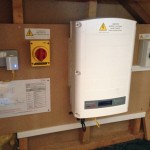 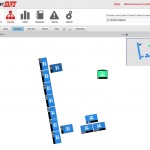 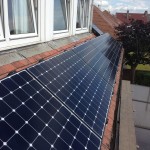 When we undertake technical surveys for customers there can be certain design challenges. These may come in the form of having a small roof, shading issues at different parts of the day, and maybe different orientations and angles of the roof to deal with.

Such was the case for two of our recent customers in Ayrshire. After conducting shade analysis and panel layout it was decided a traditional PV system wasn’t going to be suitable. However, different parts of the roof benefited from great exposure to the sun at different parts of the day so solar PV still made sense, we just needed a flexible design coupled with the world’s most efficient and durable panel. Step in Solar Edge’s power optimiser system with Sunpower panels.

The results have been impressive so far. Despite not being south facing and having shading issues, the systems are kicking out around 20kWh of power on a sunny day with the lowest amount of production so far this month (this article was composed on 10th July 2014) being 6kWh on a rainy day and the highest being 26kWh. Even though there hasn’t been a full day of cloudless skies the systems have averaged 19.3kWh per day for July. We just need a period of clear days to boost those production numbers even higher!

The images above show a screenshot of the PV system’s performance taken on the morning of 10th July. Every SolarEdge system is linked to the internet to give real time and historic information of every individual panel in the system. It’s great for fault finding and showing performance info. We can see how the effect of the dormer window causes one panel to be behind the others in terms of production – if this had been a traditional system this would have caused the other panels to produce a similar output as the worst performing one, but because of the power optimisers the other panels can produce to their maximum potential. Interestingly we can also see that the panels oriented more to the west than the south facing ones have produced more so far this week – this will be due to the weather conditions for this period being more favourable later in the afternoon than earlier in the day.