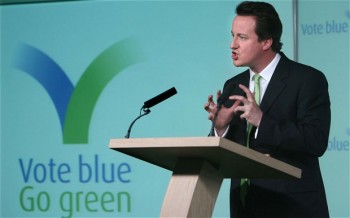 The government has announced that as of 1st January 2016, the Feed-In Tariffs (FIT) for solar PV will be all but wiped out for any households or businesses who install solar after that date.

Yesterday’s announcement that the government intends to cut the subsidies for solar PV are a major blow to the industry which had reached a period of stability and steady growth with the existing degression model.

Despite subsidies for fossil fuels being more than 8 times higher than subsidies for renewables, and the fact a major decarbonisation of the UK (and world) is required, the UK government has decided it cannot afford to subsidise solar power any more.

The FIT rate for solar power up until 1st January will be:

While solar power will still have a major part to play in moving to a clean energy society in the UK, the government has opted to make solar less attractive for households and businesses and therefore will ensure the adoption of solar power across the country is slowed drastically.

A number of senior people wrote letters to the Guardian in response: Link here

There will undoubtedly be a major rush to install solar PV before the Feed-In Tariff cuts in January.

Given what happened in 2012 when the FIT was cut by 50% and the rush to get installations in before the deadline saw a shortage of components, Ceiba Renewables would advise anyone considering solar to get in touch now to ensure they get the best quality installation.

Duncan Crosthwaite, Director of Ceiba Renewables, said: “The FIT cut is very disappointing, however we are gearing up for a very busy spell in a bid to ensure as many businesses and households can get solar PV installed before the deadline. The last time there was a major cut to the FIT we saw some solar PV systems getting thrown in with little regard for quality, I spoke to people who didn’t even know what panels they had had installed. As a customer, you don’t want to be rushing in to a decision, paying a lot of money and then finding out the product is sub-standard. At Ceiba, we are prepared for a busy 4 months so get in touch with us as early as possible to avoid disappointment.”