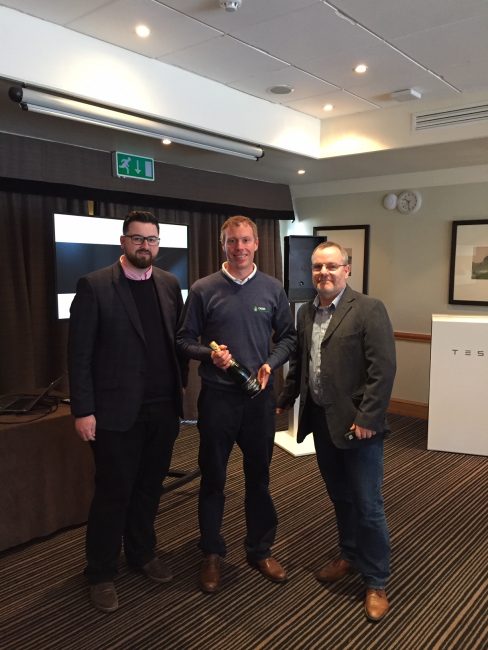 Tesla held their annual installer conference in Dundee recently for their Scottish Tesla Powerwall installers. The event gave us a fascinating introduction to the Tesla Backup Gateway (AKA Gateway 2) which will allow homes and small businesses to maintain their electricity supply during power cuts. It is due to be released very soon and Ceiba’s customers who have placed orders for the Gateway 2 will see it being installed in the coming months.

Duncan Crosthwaite, Director of Ceiba Renewables said: “We are delighted to win this award. We have a focus on delivering high installation standards and so it’s great to have been recognised for this by Tesla. I know a number of the Tesla Powerwall installation companies out there and the standards they have so to have won this award is a fantastic accolade for us.”