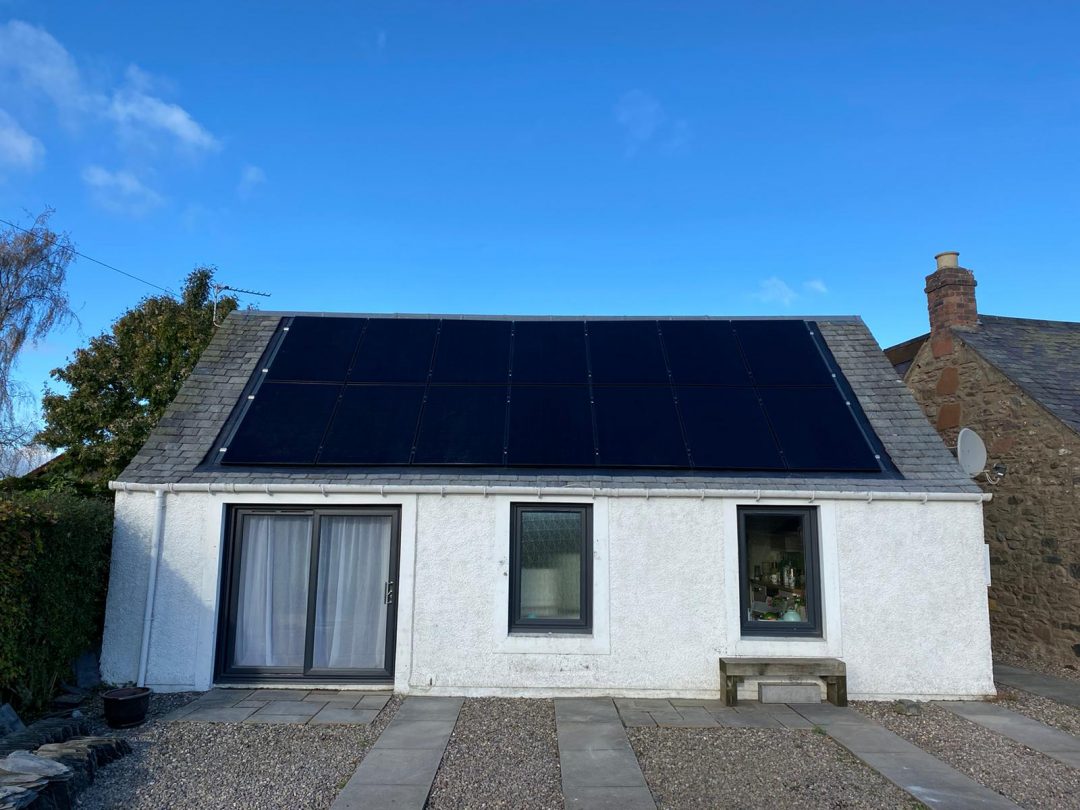 Mr Goodman was looking to do his part for the environment and being more independent from the grid. He is now retired and would like to also have peace of mind in terms of his future energy usage.

During site visits, we thoroughly checked condition of his roof and eventually found some issues on the rafters of his roof which required to be solved before installation. Fortunately, it was quickly handled and the panels are now successfully installed into his roof with Sunfixings in-roof system. It looks aesthetically pleasing with the all black solar panels as it also matched well with his slates.

He also added two Tesla Powerwalls battery storage into his system to store excess energy production and fulfil his energy demand even during night time or a power cut. The full system provide a potential for him to be self sufficient and less affected by the energy crisis. A smart EV charger was also installed which allow him to charge his car with clean energy.

We heard that the system has been performing very well for him. It has been producing 95-97% of the expected production during sunny days. He has been really satisfied with the system as it meets his expectation. We are very excited to hear this good news and glad to be able to share his story.